IBSEN IN ZIMBABWE ABOUT WATER & FREEDOM

This is an adaptation of Henrik Ibsen’s play, an Enemy Of The People. We have re-titled the adaptation Water Games. The central theme is a looming health hazard facing an unnamed city where a dam that is supplying it with drinking water has been contaminated by waste material from leaking sewer pipes. A doctor from the city’s health department, who is the protagonist, has discovered this hazard through lab testing of this water, and he takes his results to the Mayor with recommendations on how this disaster can be averted, but the Mayor, who is his brother, accuses the doctor of being an alarmist and an enemy of the people.

This central theme runs concurrent with situations prevailing in the developing world where economically disadvantaged citizenry find themselves faced with dirty drinking water coming out of their water taps, and if it is not this dirty water, it is acute water shortages. But, as the play points out at it’s resolution, it is not the dirty water only facing citizens, but other dirty games from authorities who are tasked with the responsibility of supplying cities with clean and healthy drinking water who are benefiting financially from this state of affairs, as in the case in our play, the Mayor, who has a thriving bottled water business that would be ruined if the city were to get clean water.

The play is an hour long, and employs multi media – film and live music. It had it’s premiere at the HIFA Festival, toured Germany (München, Rostock, Greifswald, Jena, Konstanz) and was invited to the prestigious „Ibsen Festival“ in Oslo.

You can invite „Water Games“ as guest Performance! 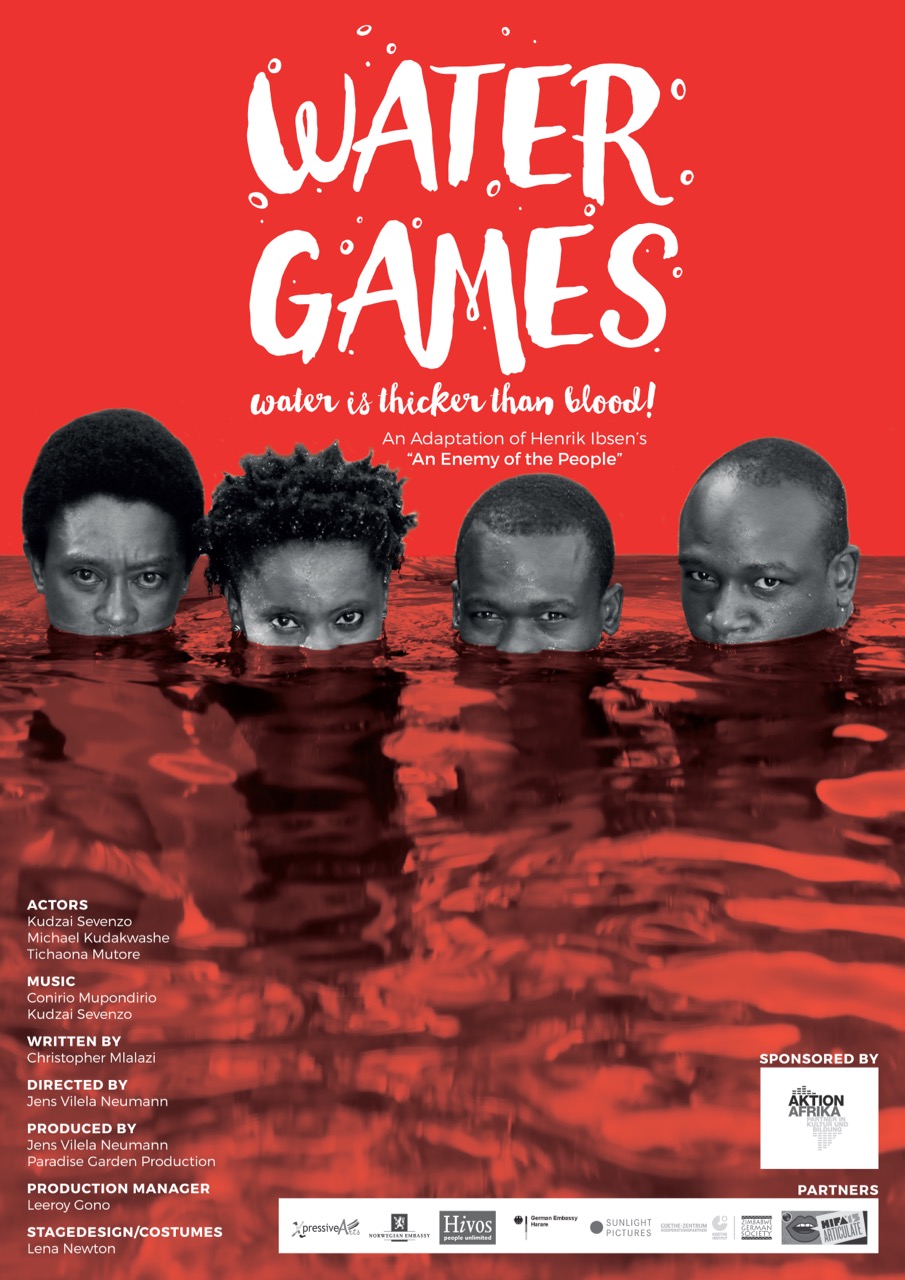 In the city of  Harare, the capital of Zimbabwe, the theatre production Water Games, which is an adaptation of H. Ibsen’s ‘An Enemy Of The People,’ is raising awareness on the controversial issue of safe drinking water delivery to communities by responsible authorities.

Question’s come to mind, but why talk about drinking water in modern day Zimbabwe, reputed to be the leading intellectual powerhouse on the African continent? How free is freedom of expression in the country, and how can such a theatre performance be entertaining but also asking uncomfortable questions at the same time?

Some of these questions are answered in the documentary through interviews of ordinary citizens faced with this plight, while some are left answered so that they can engage the audiences of the production into debate.

But, can art change behavior and perceptions in society?  This is one of the most important questions the play poses to its audiences.